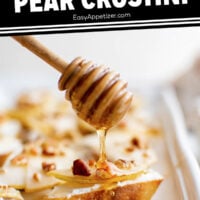 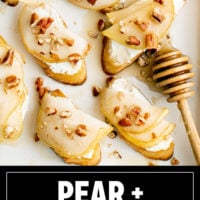 Pear and Goat Cheese Crostini is an easy yet elegant appetizer to serve for your next party. Crispy pieces of toasted baguette, creamy goat cheese, thinly sliced pears, pecans and honey for an appetizer that’s made in a matter of minutes.

Crostini are a great finger food party appetizer! Not only will they be a crowd favorite but they look super pretty arranged on a platter. Serve a variety of snacks on crostini, like Mushroom Crostini, Roasted Grapes and Mozzarella Bruschetta.

Why I Love This Recipe

You only need 5 simple ingredients for the crostini topping!

How To Make Pear and Goat Cheese Crostini

Be sure to check the recipe card below for full ingredients & instructions.

In the time that it takes to toast the crostini, you can mix up the creamy goat cheese topping.

Toast Crostini – Slice a baguette into slices and arrange on the baking sheet. Brush the bread slices with olive oil and sprinkle lightly with salt. Bake the bread slices, flipping halfway through, until the bread is lightly crispy and golden.

Goat cheese – In a medium bowl, mix together the goat cheese and greek yogurt until smooth and creamy.

Pears – thinly slicing the pears into half moon shapes.

Top Crostini – Spread the cheese mixture on top of each piece of bread and place on a platter.

Garnish – Top each with a pear slice, drizzle of honey, and a sprinkle of chopped pecans.

Crostini, Italian for ‘little toasts’, are slices of bread that have been brushed with oil and baked until golden and crisp. Toasting them makes them the perfect base for heavier toppings or you can use them for dipping.

Is crostini supposed to be hard?

Crostini should be crispy on the outside but still slightly tender on the inside. You don’t want crostini to be too hard or it will be tricky to eat and crumble apart.

I recommend storing the crostini and the toppings separately. The bread slices can be stored at room temperature in an airtight container for up to 3 days – be aware that they may lose their crispness.

The creamy goat cheese can be stored in an airtight container in the fridge for up to 3 days – give it a stir before using again.

Any leftover pear slices will brown in storage, so I recommend eating those immediately after slicing.

If you’ve made this recipe, please come back and leave us a star rating or a comment below. 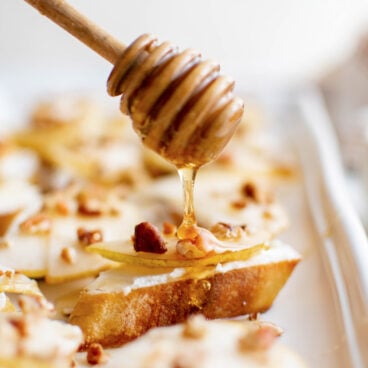 To Make the Crostini:

Calories: 90kcalCarbohydrates: 9gProtein: 3gFat: 5gSaturated Fat: 1gPolyunsaturated Fat: 1gMonounsaturated Fat: 2gCholesterol: 3mgSodium: 88mgPotassium: 50mgFiber: 1gSugar: 3gVitamin A: 79IUVitamin C: 1mgCalcium: 26mgIron: 1mg
Have you tried this recipe?
Let us know how it was by leaving a review or sharing on Instagram with the tag #yellowblissroad

Kristin Maxwell is the recipe developer, writer, CEO and all around badass who created Yellow Bliss Road, Inc. and EasyAppetizers.com. A self-taught cook and self-appointed foodie, she specializes in easy, flavorful and approachable recipes for any home cook. 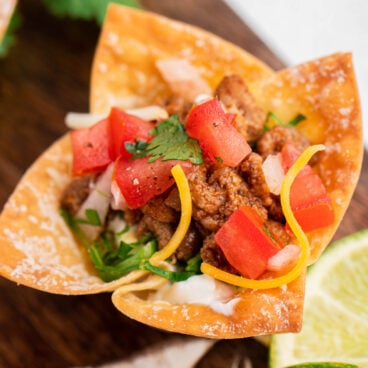 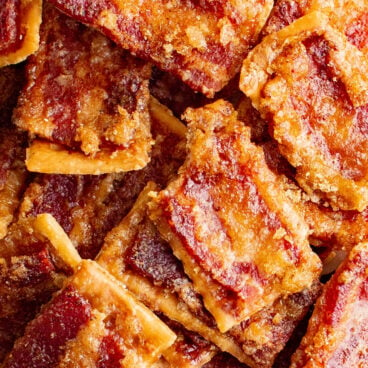 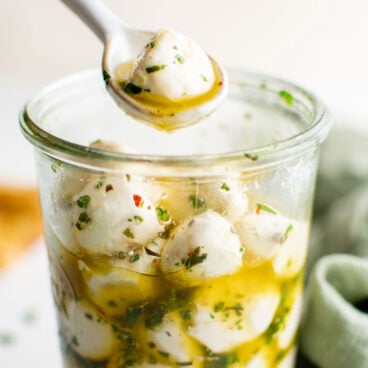 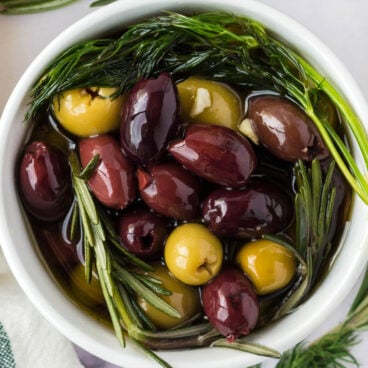 Here at Easy Appetizers, we believe that where two or more are gathered, there should be snacks! Whether it’s a game day party, a small intimate get-together or a late-night gabfest between friends, the food is what we gather around, and what brings us together. 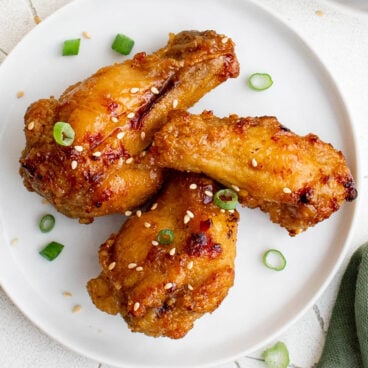 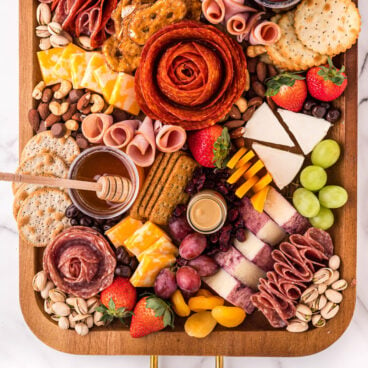 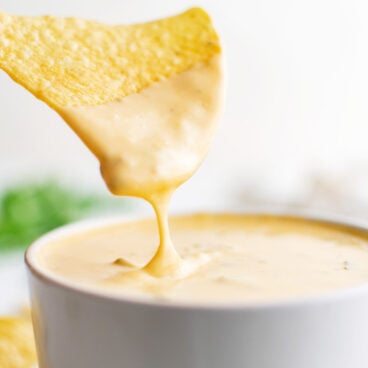 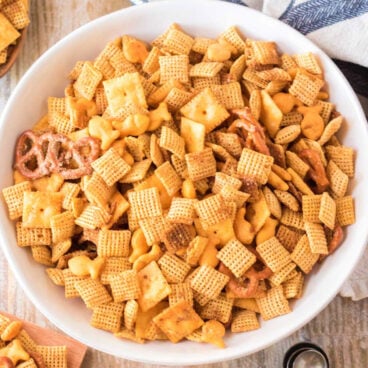 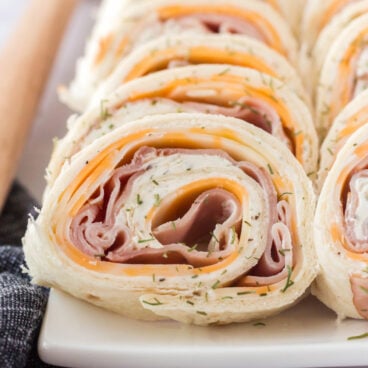 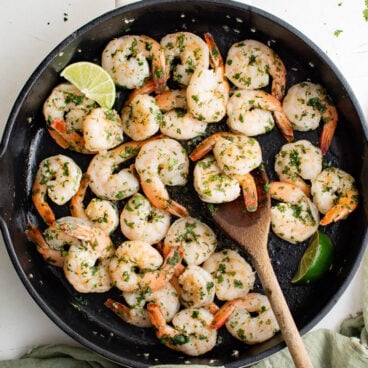 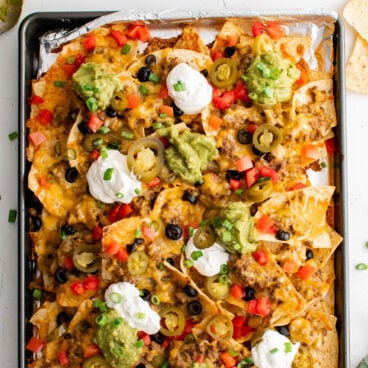